We believe that renewable, green energy can meet the energy needs of the population and the industry as a sustainable alternate. Our task is to ensure that geothermal energy is as widely available as possible.

PannErgy for the energy of the future!

It is a major step forward for humanity to moderate and in some cases eliminate our dependence on fossil energies by utilizing other, alternative energy resources, such as geothermal heat. PannErgy is committed to the energy-related exploitation of one of Europe’s largest active geothermal water resources. With environment-sparing investments, our company is able to set geothermal heat to serve households and industrial users in the long run, thereby achieving considerable reduction in energy expenses.

By replacing fossil fuels that are imported from abroad, PannErgy’s investments will significantly contribute to the reduction of geopolitical uncertainty, strengthening Hungary’s energy independence.

In order to protect surface waters and ground water at the same time to ensure the long-term sustainability of the geothermal system, PannErgy considers it essential that all extracted geothermal fluids are reinjected.

“Our goal is to provide sustainable solutions that offer the opportunity to alleviate our energy needs in the long run, showing a way out of the hydrocarbon-based energy dependence. Seeing the public needs and our efforts to maintain ecological balance, I am confident that our Company will take advantage of the opportunities provided by innovation and technology, continuing its operations as a greener energy provider.” Dénes Gyimóthy
Acting Chief Executive Officer at PannErgy Plc.

Shares are listed on the Budapest Stock Exchange

The Company changes its name to PannErgy Nyrt. and announces its new strategy. Based on solid calculations and research, the company set itself a strategic goal aiming for opportunities hitherto unexplored within Hungary: the utilisation and generation of geothermal energy

Acquisition of sole ownership of Berekfürdő Energia Termelő és Szolgáltató Kft. PannErgy expands its alternative energy portfolio with a power plant fuelled with the methane content of thermal water, as well as the associated technological expertise.

The PannErgy Group has acquired research rights for geothermal energy in the Győr area through its concession agreement with the Hungarian State.

Chairman of the Board of Directors

Chairman of the Board of Directors of PannErgy Plc. Mr Bokorovics graduated at the Faculty of Chemical Technology of the Budapest University of Technology and Economics in 1996. He was head of the derivative division of the Buda-Cash Brókerház Plc. between 1996 and 1997, then head of the derivative division and later CEO of Cashline Investment Plc. From 1999 until 2003 he was CEO of Matrisk Risk Management and Consulting Ltd.

acting Chief Executive Officer, Member of the Board of Directors

5 May 2015 onwards he has been PannErgy Plc’s acting Chief Executive Officer. Mr Gyimóthy graduated at the Donát Bánki College of Engineering in 1996. He worked as senior advisor at KPMG Hungary between 1996 and 2000, and then he was portfolio manager responsible for Central and East-European equities investment at the Budapest Investment Fund Management Plc. He was member of the Board of Directors of Synergon between 2006 and 2007. From 2004 to 2007, PannErgy Plc’s Chief Financial Officer, and then until January 2013 the company’s acting Chief Executive Officer and Chief Financial Officer. He was a Vice-Chairman of the Board of Directors of PannErgy Plc. between 2013-2015.

Member of PannErgy Plc’s Board of Directors. She graduated at the Szent István University College Faculty of Farming and Agriculture in 2003 as an economic engineer-commerce specialization. In 2011 she became Executive Coach on KPMG-BME Academy. She was Bussiness Unit Manager of Boston Scientific Magyarország Kft. from 1999 till 2013, then Business Development Manager for Matrisk Ltd.

Member of PannErgy Plc’s Board of Directors. She completed her academic studies at the Faculty of Financial Management, IBS. For more than 10 years, she has worked in senior positions at leading international counseling firms, primarily in areas supporting corporate finances and corporate transactions. She has earned considerable managerial experience, as she has acted as a member of managements at several domestic and regional businesses.

Member of the Board of Directors of PannErgy Plc. He started his career at the Kecskemét Road Administration, where he kept moving up the career ladder, acquiring increasing skills and competence. After 13 years, at the end of 1991, he set up his own company and, thus, became an entrepreneur. He is the owner and managing director of Soltút Kft., which started off with 40 employees and currently has a headcount of 210. In the past years, he has been in charge of major investment projects related to the development and expansion of infrastructure in the field of road construction (construction of motorways and other roads), but he has also been involved in the construction of several sports and leisure facilities. As a member of the Hungarian Chamber of Engineers, his aim is to promote the increasing use of Hungarian innovative technological solutions in road construction and development.

Member of the Management Board of PannErgy Plc.between 2007 and 2017 and from 16 April 2021. Graduated as an economist at the Faculty of Economics of Janus Pannonius University in 1992. He has been working in the energy industry since 1994, mainly in the fields of commerce and management of electricity supply and energy production. Sales director at ALPIQ Csepel Kft., and executive director from 2008.

PannErgy Plc is a company listed at the Budapest Stock Exchange, included in the BUX basket, and is a premium share issuer. 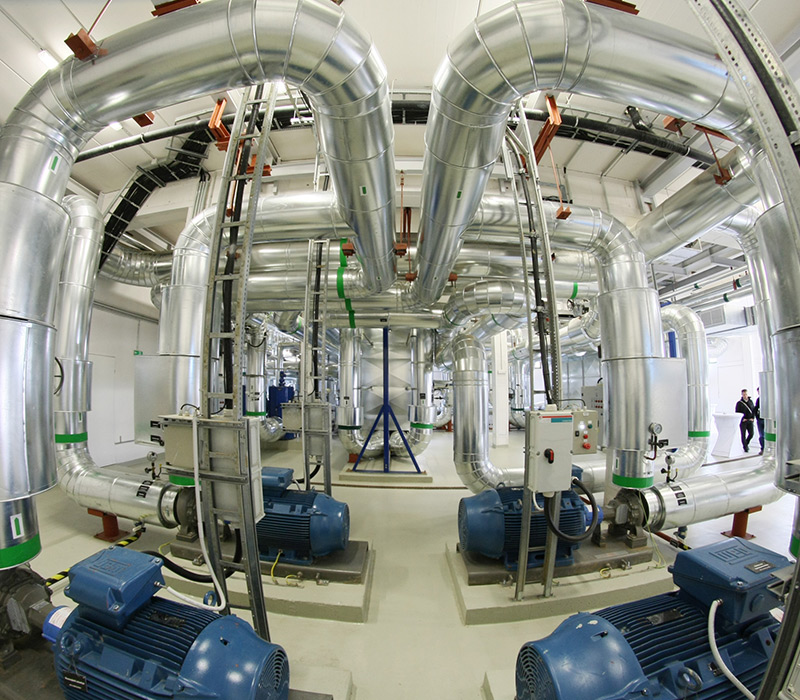 Geothermal energy as the sustainable and operable alternative of conventional energy resources that cause pollution.

One of the most significant, still unexploited treasures in the Carpathian Basin, and specifically Hungary, is a network of geothermal resources lying under the ground, the utilization of which would make heat and electric power readily available in an environmentally friendly manner. The growth of demands for energy seems to be unstoppable, while the volume of both domestic and global sources is limited. The professional and effective geothermal energy production results in the exploitation of a huge pool of resources that have just been minimally utilized so far, while being one of the cleanest and most environmentally friendly ways of power generation. Today, the European Union does not only welcome these new forms of energy production, but also tries to orient the Member States, including Hungary, by establishing strict programs and targets.

PannErgy Plc started pioneering activities in Hungary for the utilization of geothermal energy. The extraction and use of large volumes of geothermal heat is such a niche segment in the energy industry that calls for a high level of risk tolerance, innovative thinking and complex competences. With respect to the fact that the use of geothermal heat in energy supply itself is an innovative solution, PannErgy Group aspires to support these operations by deploying state-of-the-art solutions in the current technological settings, while strengthening its professional knowledge base by driving continuous research. Owing to its innovative developments, PannErgy is able to offer outstanding safety of service supply with a low level of resource demands and high efficiency. 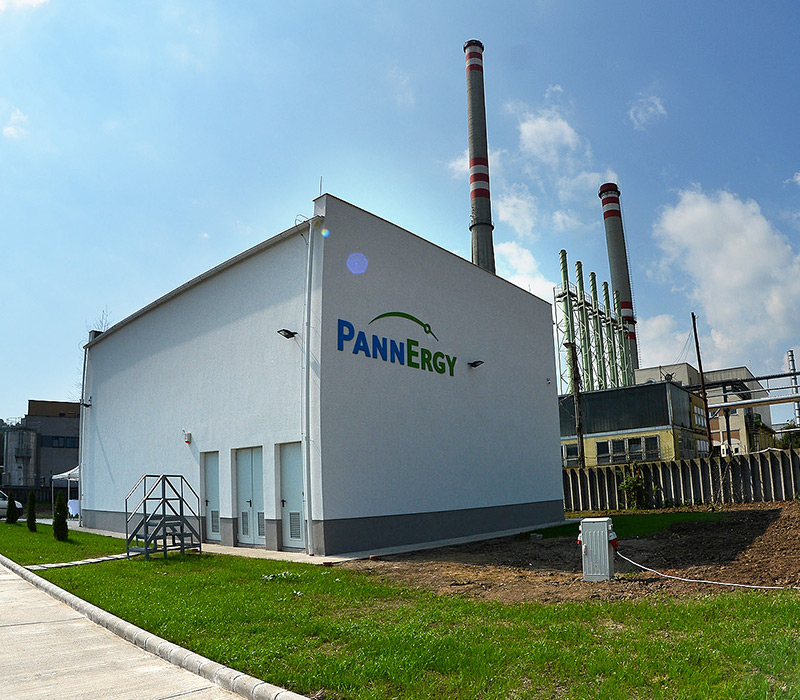 With its many years of experience and competences in the fields of the exploration of energetically utilizable geothermal resources, the drilling of geothermal wells and the use of geothermal energy, PannErgy Group holds nearly unique capabilities to implement further heat supply investments in the Carpathian Basin for use both in the household and corporate sectors. In addition to the construction, geothermal utilization, implementation and operation of conventional systems, PannErgy Group has worked out complex energy and control engineering systems that can also be used in international settings. PannErgy’s R&D systems can be used in the design and development of district heating services based on geothermal energy in Europe and beyond, or for the optimization of obsolete district heating services that utilize conventional energy carriers and geothermal heat energy systems operated with suboptimal efficiencies.

The march of civilization brings about the emission of hazardous substances in ever-increasing quantities. We have common responsibility for counteracting this process until it becomes irreversible; energy producers, consumers and regulators need to work towards this end without any distinction. The demand for energy is on the rise, while conventional resources, especially fossil energies will have been depleted over time, and in parallel are expected to become significantly more costly, and therefore an increasing emphasis should be placed on the use of alternative energies, such as geothermal energy. For this reason, the utilization of geothermal energy has the potential to offer substantial economic and environmental protection advantages.